I’ve taken the liberty of starting a new thread to help us separate chat about the new EP.

I’ve spent a bit of time re-reading the 2016 edition of Literally. There was obviously unfinished business from the Super songwriting sessions. First, there was the mooted “dark techno” album which seemingly occurred to Chris in the moment:

Neil (talking about “The lost room”): It’s more or less finished. But it was too dark for Super.
Chris: It’s techno. We’ve basically already done a whole techno album. We should just do it and put it out before Christmas. I like surprising people.

If this flight of fancy had become reality it is interesting to speculate what might have made it onto such a record. Rereading the diary, here are the tracks, unreleased at this stage, which Neil or Chris use the words “dark” or “techno” to describe:

If they’d progressed with this half-formed idea it’s conceivable that these five tracks might have formed the backbone of the record. Equally we now know that a number of the tracks that went on to become Super era b-sides would have fitted well onto any Relentless style six-tracker:

And with the Lost announcement, we now know that they also obviously consider two further tracks from this fertile period to be of releasable quality:

I will fall
Skeletons in the closet

So, any post-Super stopgap project would have had plenty of source material to plunder from.

Elsewhere in the magazine there’s also the fact that instead of printing the usual list of alternative unused album titles, they instead choose to purposefully withhold this information: “There were two, earlier provisional titles which they decided not to use, but which they would prefer not to share at this point as they may be used for future projects.”

However, it doesn’t take too much digging to suggest what these might have been. Mark Farrow conducted a couple of interviews around this time, telling B&O Sound Matters: “When we first met with Neil and Chris about this album I think they had three possible titles. Of those we liked Super straight away and that seemed to persuade them that it was the title to go with. Neil described this album as feeling a little “unhinged”. Chris said he wanted the cover to be brash.”

These two words - “unhinged” and “brash” - crop up again and again in Super interviews. While never directly credited as such they certainly have all the hallmarks of potential PSB album titles. Was a fast-follower album already on their minds when they stowed the two provisional titles away?

While the dark techno album never emerged, fans remained excited by Chris’s idea. In 2020’s Annually, “Dan” wrote to ask specifically if these tracks would ever be released. While Chris couldn’t recall such a set of songs, Neil went further to put the notion to bed: “When he says “the dark techno tracks”, I immediately think: wow, they sound good! But that’s not really what they are, unfortunately. There’s a few tracks - there’s a song called “The out crowd” which is maybe from earlier. There’s the one that goes “clean air hybrid electric bus” [Clean air hybrid] but that’s sort of psychedelic. There’s one with a Russian theme that’s techno-ish [presumably Kaputnik], and even from this album [Hotspot] there’s the one that Stuart likes that we don’t particularly like, “Collector’s item”. Who knows? What there really is is an unreleased body of second-rate songs.” So that, we thought, must be that.

However, fast-forward further to this summer and there was first a tantalising snippet in their interview with the Times, conducted on the afternoon of their Dreamworld show in Hull: “…new music - possibly an EP with songs about modern fascism - will be incoming.”

Revisiting the Literally diary descriptions we can reason that the forthcoming Lost EP does indeed contain at least two songs on this typically Tennant topic, The lost room and Kaputnik. So, as I’ve posted elsewhere, Lost is potentially not only the Modern Fascism EP, but also has its roots in the mythical dark techno album. It’s now clear that these tracks have constituted unfinished PSB business for some time, but that at least some of them will now finally see the light of day.

But why put them out now? It’s very un-PSB to resurrect four six-year old tracks for no reason. A couple of further theories: these tracks have been on Neil’s mind for some time but he now considers them lyrically more relevant than ever. It’s maybe notable that 2023’s Annually will also see them revisit their 1993 interview with The Face magazine, which covered their first visit to Russia. Will this become part of the same narrative? And / or, they could have been revisiting old masters while compiling a new batch of Further Listening reissue discs, and decided that these four needed a more immediate outing in their own right.

One thing we can reason is that, in the same way that the political satire of Agenda cleared the pipes ahead of Hotspot’s European romanticism, by homing at least two of the dark techno tracks on Lost, it’s unlikely this will be a direction taken by their next album, whenever it appears. Even more speculatively, Agenda appeared in physical form just five months before Dreamland, Hotspot’s first single, followed. Might we dare hope for a similar timeline in 2023, teeing up an album for early 2024? Given this would mark four years since Hotspot, this certainly feels reasonable.
Woof.
Top

The pattern of Literally-EP in the calendar year prior to a full studio album seems compelling. Just hoping there aren't too many vanity side-projects to slow things down further... another ballet, anyone?
Firing verbal shots.......like a Tommy Gun
Top

Wonder if "Decide" would of been part of the techno vein of work. Could easily of fitted on this EP, making it a bit broader.
Top 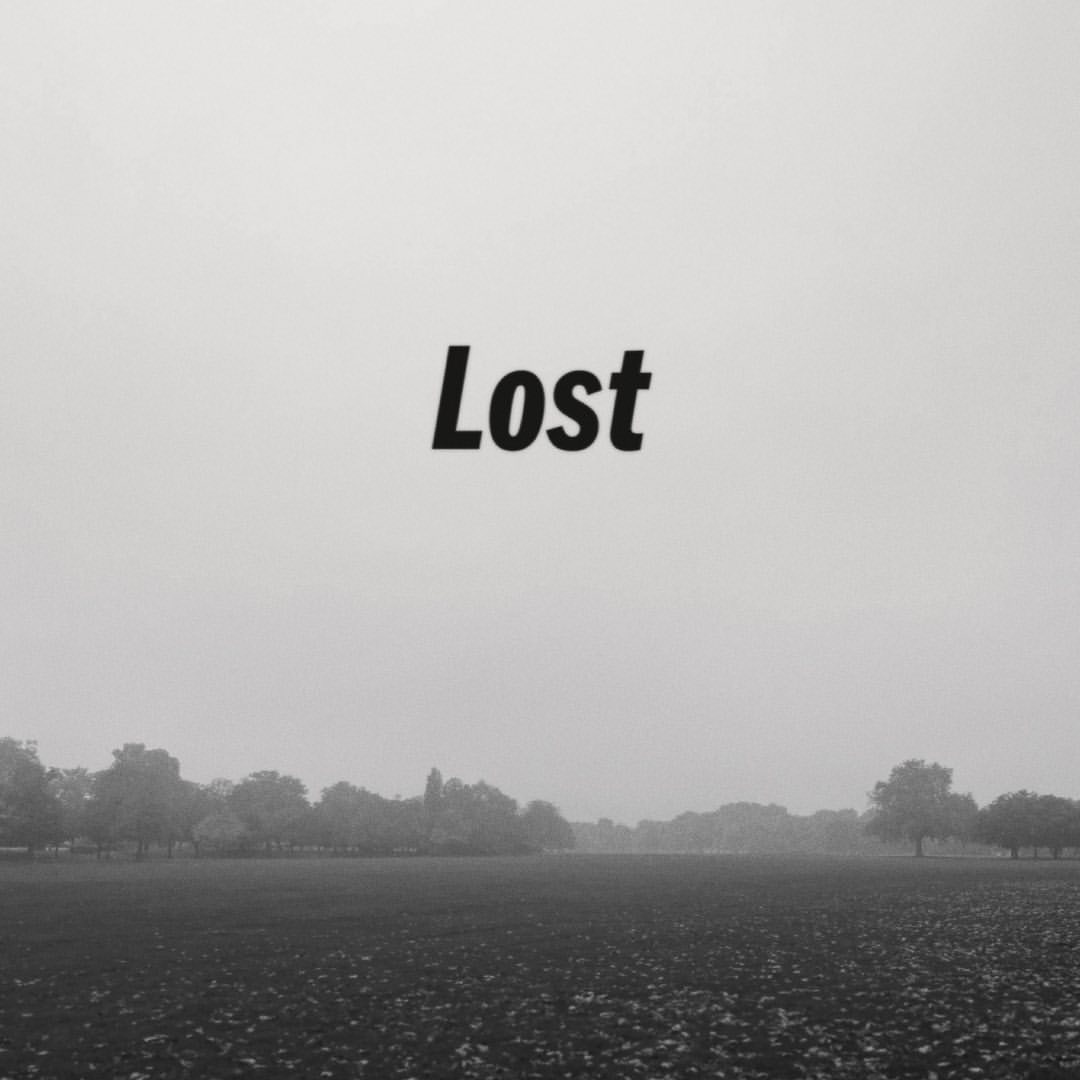 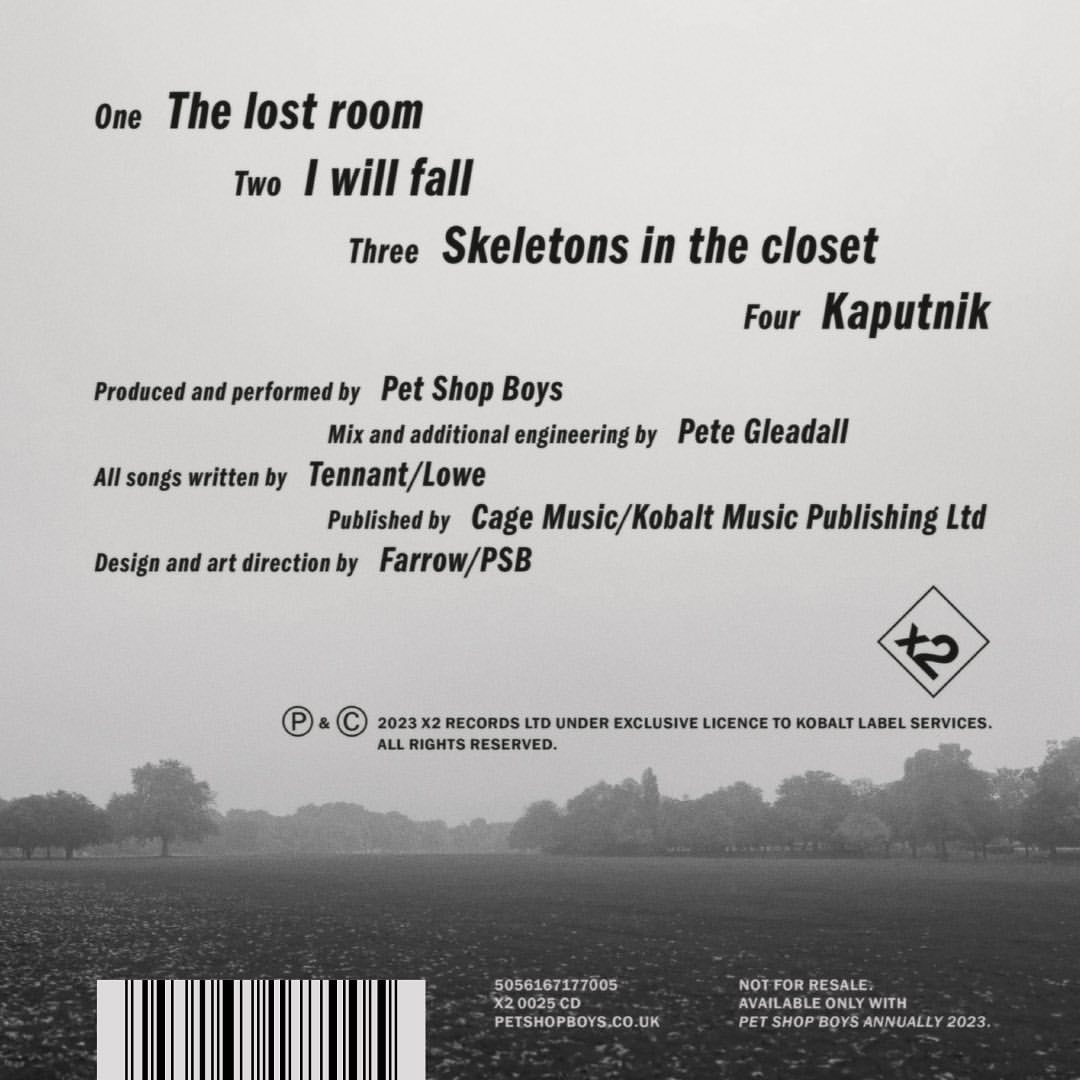 This is the same Neil Tennant who originally supported the invasion of Iraq, isn't it?
Top

I’d love to know what the “art direction” is for that, because it looks awful.
Top

I’d love to know what the “art direction” is for that, because it looks awful.

Apparently it references the titles for the film version of Der Junge Torless; The lost room is based on the book.

Is that a new version of the x2 logo?
Woof.
Top

Dog wrote: ↑Fri 23 Dec 2022, 7:02 pm Apparently it references the titles for the film version of Der Junge Torless; The lost room is based on the book.

Is that a new version of the x2 logo?

Interesting, thanks! The logo’s just been rotated. I’m pretty sure it’s been rotated before.
Top

What's the source for this artwork?
What's for supper?
Top

Sandy Shaw wrote:What's the source for this artwork?

It was posted to Farrow’s Instagram feed.
Woof.
Top

Re the position of 4 Kaputnik - it looks like the Temp at Farrow has had a 'mare with the tab key....
Firing verbal shots.......like a Tommy Gun
Top

I get a very late R.E.M. vibe off that artwork for some reason.
Top

My first thought was the New Adventures in HiFi album or some of the associated singles.
Top 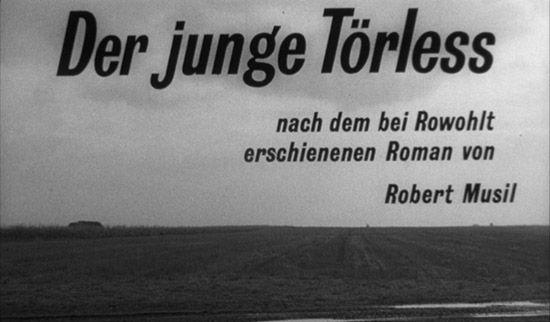 Have any of you seen this film? I haven't watched it yet but have successfully found a few sources on the interwebs, both legal and otherwise; one of which is subtitled in English, another in Spanish. It also appears to be available for purchase/rental from a few sources if you are so inclined.

Cheers!
Shot in the fatal cause 'of frock-and-droll'
Top
Post Reply
65 posts