25 years of Can You Forgive Her

25 years of Can You Forgive Her

Good grief! 25 years ago to the day this was released. The beginning of the euphoric ‘Very’ era and a distinctive change in style both visually and musically. I have incredibly fond memories of this track and all its mixes and b sides. 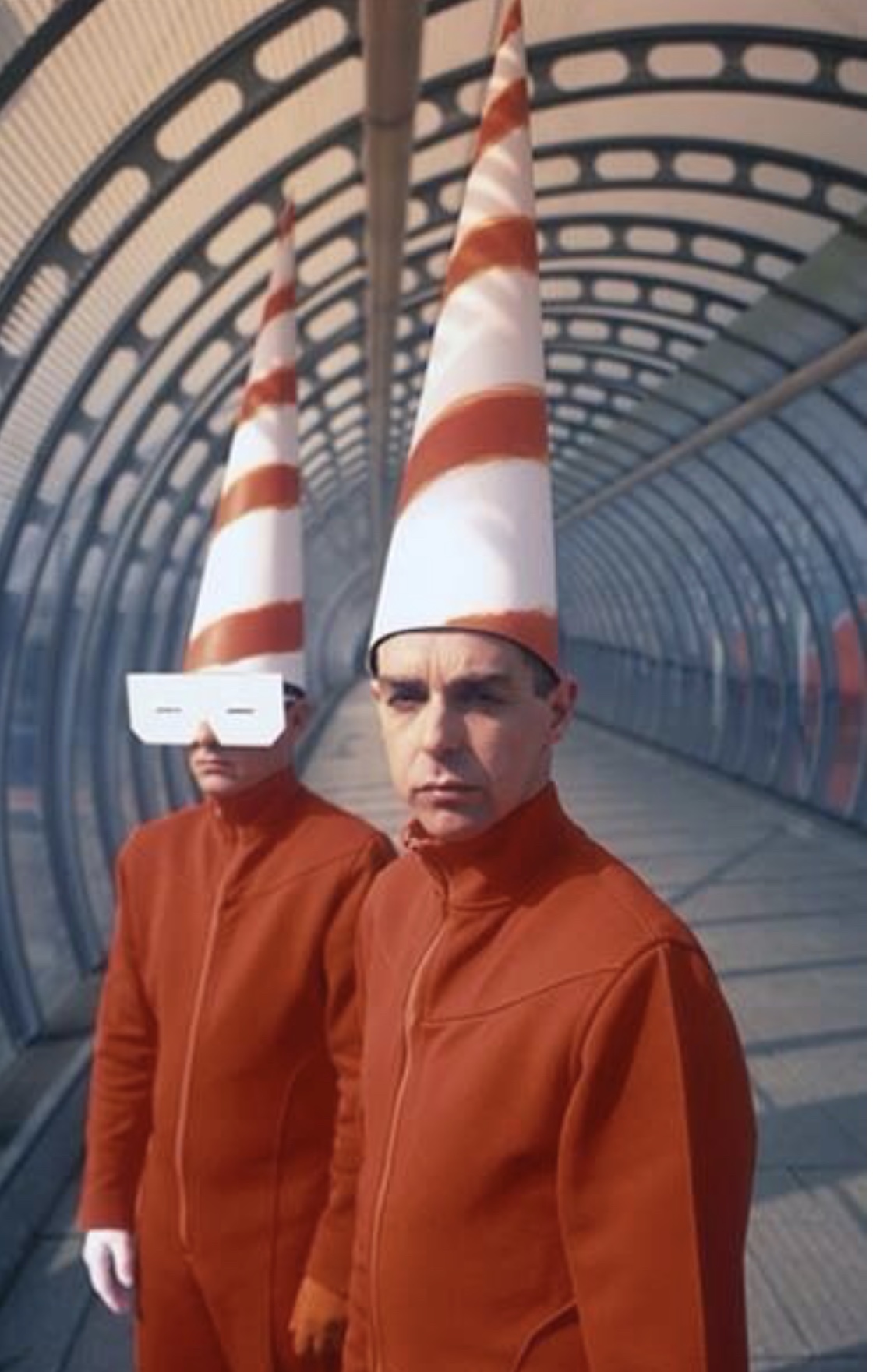 Just for the sake of it, make sure you're always frowning.

I remember it incredibly well, loved the CD Singles package, Got a lot of stick at school for putting a picture from Smash Hits of them with their pointy hats on some of my school books but was worth it, great time to be a PSB fan, I was 15 and remember being annoyed at having to wait months for the album at a time when leaks didn't really happen!
Top

The best era to be a fan, really.
I sincerely *love* Disco 2 and listen to it straight through regularly.
Top

Oh, the excitement when it came out. That video! To completely reinvent themselves and still keep or even accentuate the essence of what made them PSB was genius. Instantly makes me want to watch it again. The arrangement has not aged too well, maybe, but still a definite classic.
The remixes, oh well, times had changed, right?
Hey Headmaster on the other hand was the first part of their last impeccable string of b-sides.
Top

Always remember how scorching hot it was all Summer when the Very era began. One of their finest moments.
Top

Pet Shop Boys arguably at their most iconic. No look screams PSB louder than what they did on the Very campaign.
I'm a proud sycophant because I like Wedding in Berlin

love the song, the remixes, and the album.

this was the 2nd coming of the pet shop boys for me, since i didn't care
for any of their albums after please.

they had a 'very' cool look to them, and the videos were amazing, which i ended
up finding the japanese laserdisc for. i was exciting with all the singles coming out,
and getting all the mixes on cd-singles and vinyl, although a lot of people didn't like
the techno electronic sound of them, which ironically, they are kind of back to now.

Pet Shop Boys + Rollo + Marr all on one release! What more could you want?
I sincerely *love* Disco 2 and listen to it straight through regularly.
Top

Chuffin' ‘eck! How can it be 25 years already?! It only seems like five minutes since I was reminiscing about 25 years of So Hard.

Back in those days the first time you heard the new Pet Shop Boys’ single (a big deal even in 1993) was on the radio. The first I heard of Can You Forgive Her? (with a question mark) was on Pete Tong’s Essential Selection on Radio One, Friday night. He played the Rollo remix. I must have been pretty thick back then because for reasons I can’t fathom now, I thought I was hearing the single mix! I liked the track, but I thought it was a bit stripped down and had a strange structure.

I didn’t get to hear the real Can You Forgive Her? until I bought the CD single, so imagine how fantastic it sounded after a few weeks of thinking the remix was the single! It was just epic. The new gold standard for orchestral hits, far surpassing the bombast of So Hard. I’ll never forget that when we saw them live in Cardiff a few years ago, Chris played the orchestral hit that opens the song and visibly recoiled in shock at how loud it was!

The music had an intriguing metre too, almost a swing feel. Literally later revealed it was because it’s in 6/8 time rather than the usual 4/4. The Teletext review at the time called it “a beat-splattered mess”, but they were wrong. I love the melody (the piano bit in the swing version is beautiful), I love the production and I love the lyrics, which I think are some of Neil’s best ever - clever but not forced.

The sleeve design is interesting and certainly distinctive. I like the models of Neil and Chris, but I wouldn’t call it a particularly attractive sleeve because of the spikey font and I’m sure that was a deliberate decision. Obviously the overall aesthetic from this era is incredibly strong and memorable, they put a huge amount into every aspect of the Very campaign following the critical success but commercial failure of Behaviour.

Can You Forgive Her? was the perfect single to announce that the boys were back.
Top

Underneath the bombast lay hidden layers of, well, bombast. Marvellous. This was a lead single - the gold standard, in fact. Like all great Pet Shop Boys endeavours, there is always more than meets the eye. Buried beneath the dramatic orchestral stabs is a high-pitched tone of emotional distress that sets the scene for our tortured protagonist's story - and the story is dynamite.

When you think about it, this is a very daring song, grisly in its self-evisceration, dripping in shame and emasculation. It's the Loris Karius of Pet Shop Boys singles, a psychological ordeal of public ridicule and self hate. It's also very funny, and so gives us the quintessential Pet Shop Boys combination of wit and misery. Neil's eyebrow is Carlo Ancelotti-like as he recounts trembling escapades behind the bicycle shed. Yet, there's an element of sympathy for our poor taunted lead amidst the harrowing comedy.

When I first saw images of the conical hats in Melody Maker, I just knew this was going to be epic. Neil and Chris in dunces' hats was always going to be an ironic statement, but the pose captured something of punishment, shame, and transgression that I found compelling just looking at it.

It's quite a vicious song when you explore it. Whatever about the duplicitous failings of our lamentable subject, his girlfriend is utterly vindictive if understandably unforgiving. Despite the brilliance of the whole concept, this was never going to be the number one that the NME predicted it would be prior to release. It's just too acidic and excoriating to be embraced by the masses. But after the annus horribilis of 1991, two weeks at number 7 was, in its own way, a great relief - even if it really deserved so much more.

2 of their greatest ever remixes from MK and Rollo.

With Hey Headmaster and the Johnny Marr remix of I want to wake up, and of course the impeccable A-side, undoubtedly one of their best ever single packages.
NewYork London Tokyo LosAngeles
Top

The Top of the Pops performance is truly sublime.

Users browsing this forum: No registered users and 9 guests