STUNNING! The crowd last night was electric, such a party atmosphere right from the start. I was 2nd row central and danced throughout, and Neil and Chris were on fine form with so much crowd interaction from Neil. Winner has been dropped since I saw them in February in Glasgow, I'm not sad about that! At the end I managed to meet Pete Gleadall for a photo and he kindly gave me his setlist, which I then got signed by both Neil and Chris outside. What a thrill to have them both there signing, in a brilliant mood, and have a little chat and handshake. Chris looked great without his glasses! It was my 32nd concert and I took a friend for his first time, what a night we had. Lovely to chat with other fans too including Anne and a man from Australia. I'm still grinning like a cheshire cat, roll on the Sage Gateshead in Sept, front row with my soon to be 7 year old for her debut PSB experience! 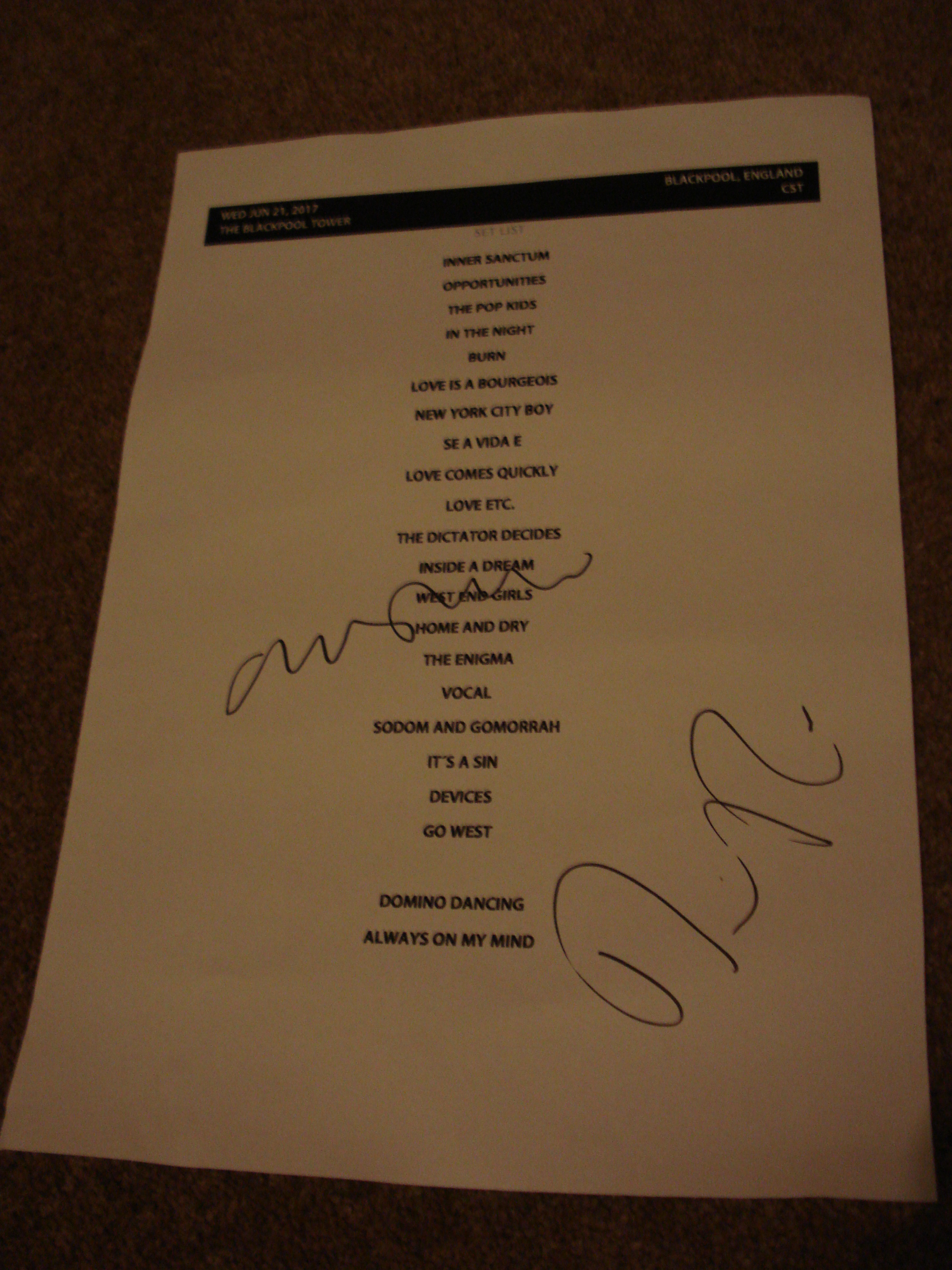 Nice review. Was great to see them last night in Nottingham too. You're right on the crowd interaction. Think we joined in for Go West, Domino Dancing and Always on my mind

Users browsing this forum: No registered users and 3 guests