I have been meaning to bring this up. I am a collector PSB, and I have obtained many autographs in person, and I have also bought some online. I have been careful to question sellers and establish provenance. I feel that I have some idea as to how they tend to sign autographs, although I am not an expert.

I feel very confident that these autographs are forgeries.

Why do I think it is forged? Only one of these has sold, but I would caution fans to not bid on these as I am sure they are fake. If someone on here purchased "Music for Boys," I would encourage them to start a return; it is fake. I look at PSB autographs every day, and I have noticed this seller start out with a couple and then list others. They may create other autographs to sell as well.

I think this thread could also serve as a good place to list other suspected autograph forgeries to help protect the community.
Top

They definately look fake to me
You got a heart of glass or a heart of stone?

Definitely fake. I have had things autographed in person by them both, as well as buying others. They span from 1986 to 2016 and Chris in particular is consistent with his 'sawtooth' style.
Top

They look 100% fake to me - Chris's is especially laughable.
Just for the sake of it, make sure you're always frowning.

Genuine? Really!?!
Yet ANOTHER possible (for legal reasons) one and they're signed by Neil Tennent and Chris Low (never heard of 'em). Ha!

Also after browsing through the first page of other items the seller has available, there are 2 different Justin Bieber picks that are 'signed' but look totally different.
Thoughts?

I'm fortunate to own the promotional Very umbrella which I got the boys to sign at Tower Records in London in 2001 (when the first batch of re-issued albums were released) and I have photographic evidence of them doing just that (back in the day when I had to use my film camera and then get them developed). I remember Chris looking at the brolly and saying something like 'Cool, who's is this?'. Jeez, I feel old.
Top

Just thought I'd take a look at the completed/finished items on eBay and found:

I know this didn't make the seller hundreds but really?, PSB autographs for a starting price of £1.
You could say that the buyer was gullible but my anger is building at someone out there cashing in on innocent people who genuinely want a signed photo of whoever they are into.

Again, this record didn't sell for a small fortune, but the principle remains the same. The description that all autographed items came from the same estate collection and might not be genuine and it's up to the buyer to check before bidding. What if all autographed items from said estate weren't genuine?? Surely, it's the seller that should check they are real before listing??

As a rule of thumb, I am very skeptical of most signed photos. Look at the seller's other items for sale, and if they have loads of signed photographs or other items, it is a strong indication it probably is not authentic. I don't go through photos and try to determine if they are authentic or not, as a lot are not, and it is not worth the effort to try and determine if one is real or not, if there is no provenance.

Bigger named artists can attract more skilled forgers who can actually sign in a way that to the layman looks real. Fortunately, I don't think PSB is in demand enough to attract much of that. But you may see some of that with photos.

The forged West End Girls is back from that seller with a new screenname:
http://www.ebay.com/itm/PET-SHOP-BOYS-W ... SwsW9Y03~L

There is a West End Girls on ebay with a signature in giant writing that says To Howard. It may seem fake because of the large writing, but I noticed a 1985 or 1986 image or youtube video that including a record signing somewhere, and I noticed an autograph where the autograph was quite large, particularly the person to whom it was addressed. It seemed to be done in the same manner as the "To Howard" single. I do not have the image or video. I wish I saved it, but it would seem to add authenticity to some early autographs.
Top

I've got a few with huge signatures done in 1991!
http://www.andrewthomasart.co.uk https://www.instagram.com/petshopboys_rarity/
Top

Can anyone confirm whether these signatures are legit? Bought at auction- but at a low price- which makes less confident of their legitimacy. Came with a CoA- but again are those really worth the paper they're printed on. 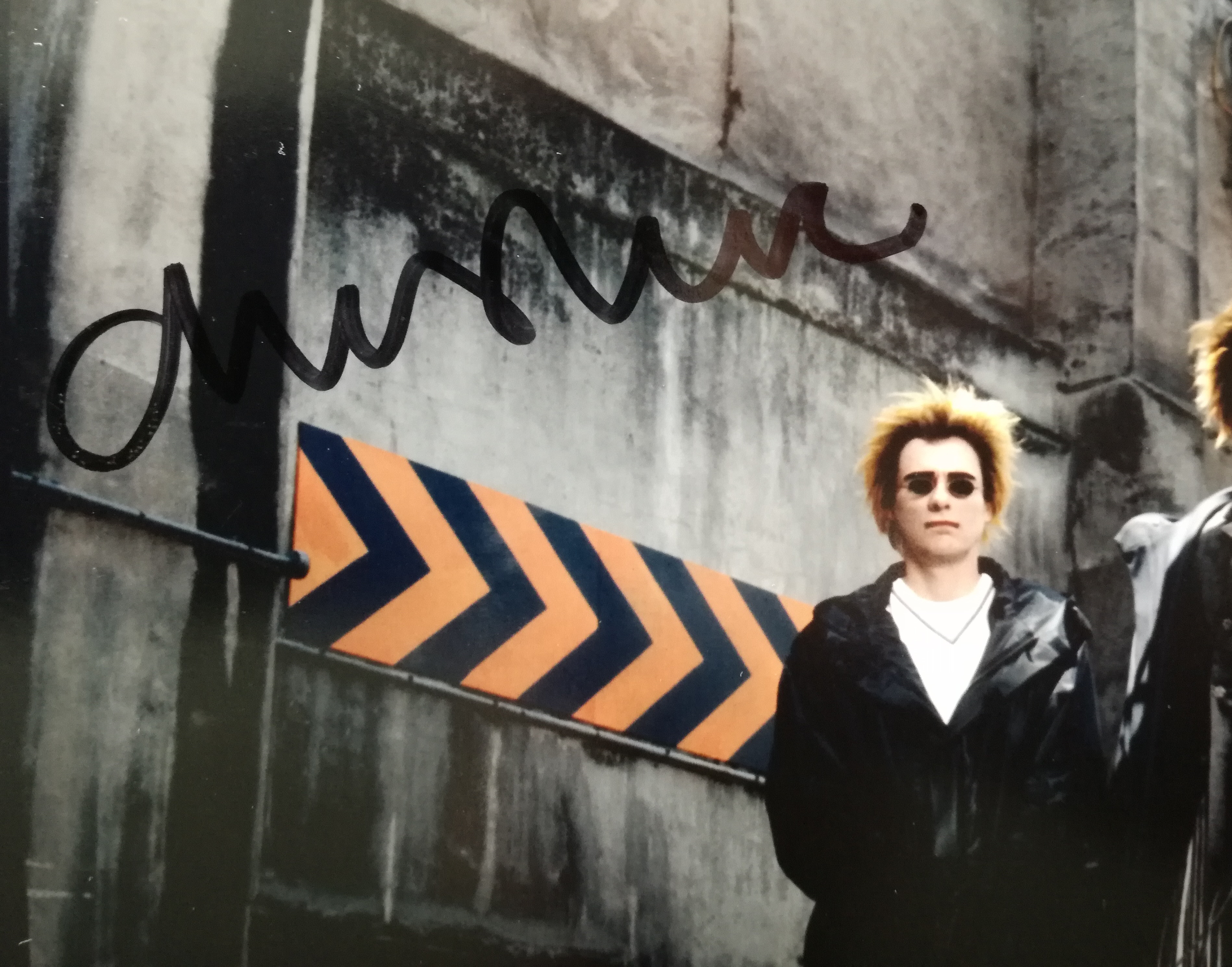 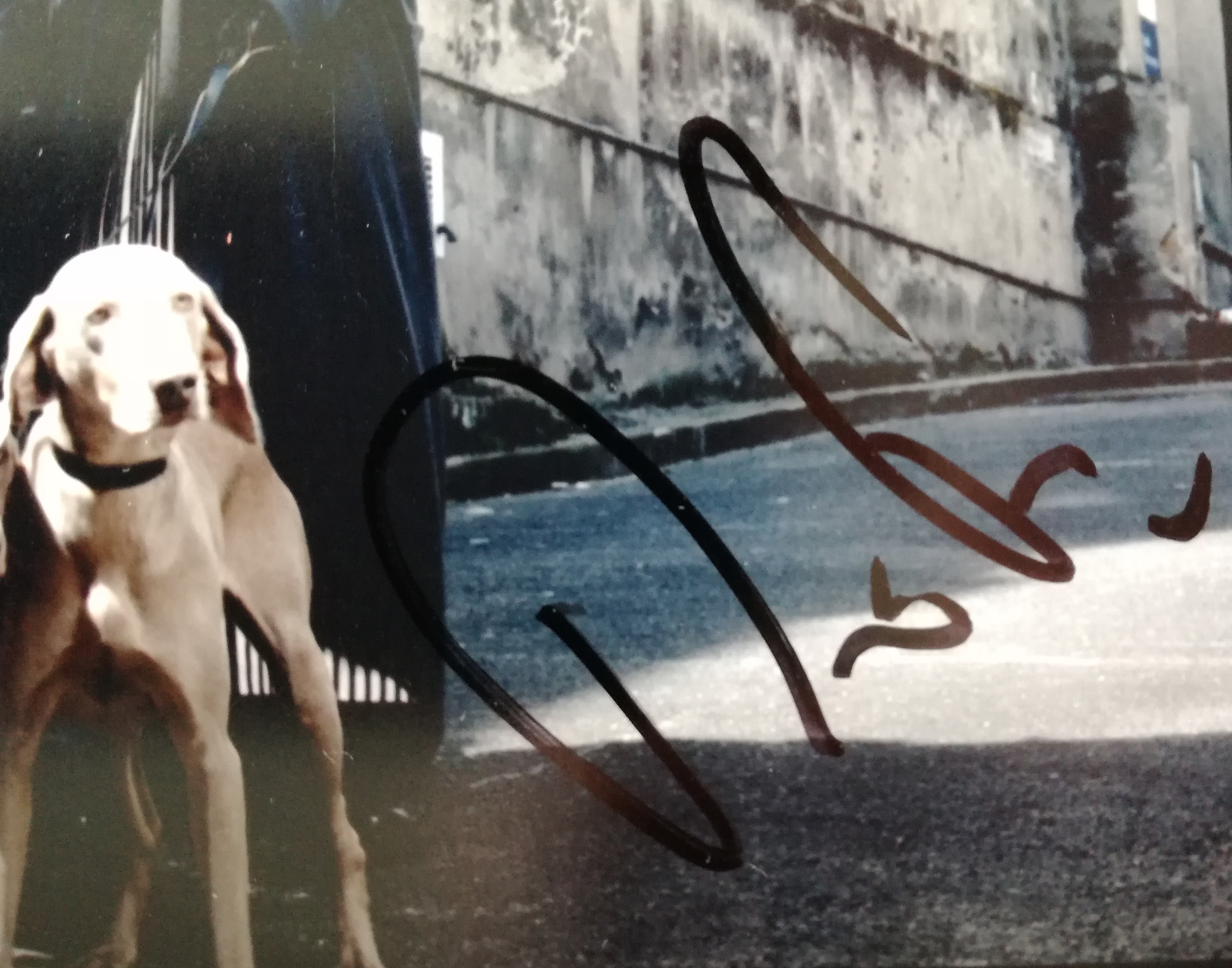 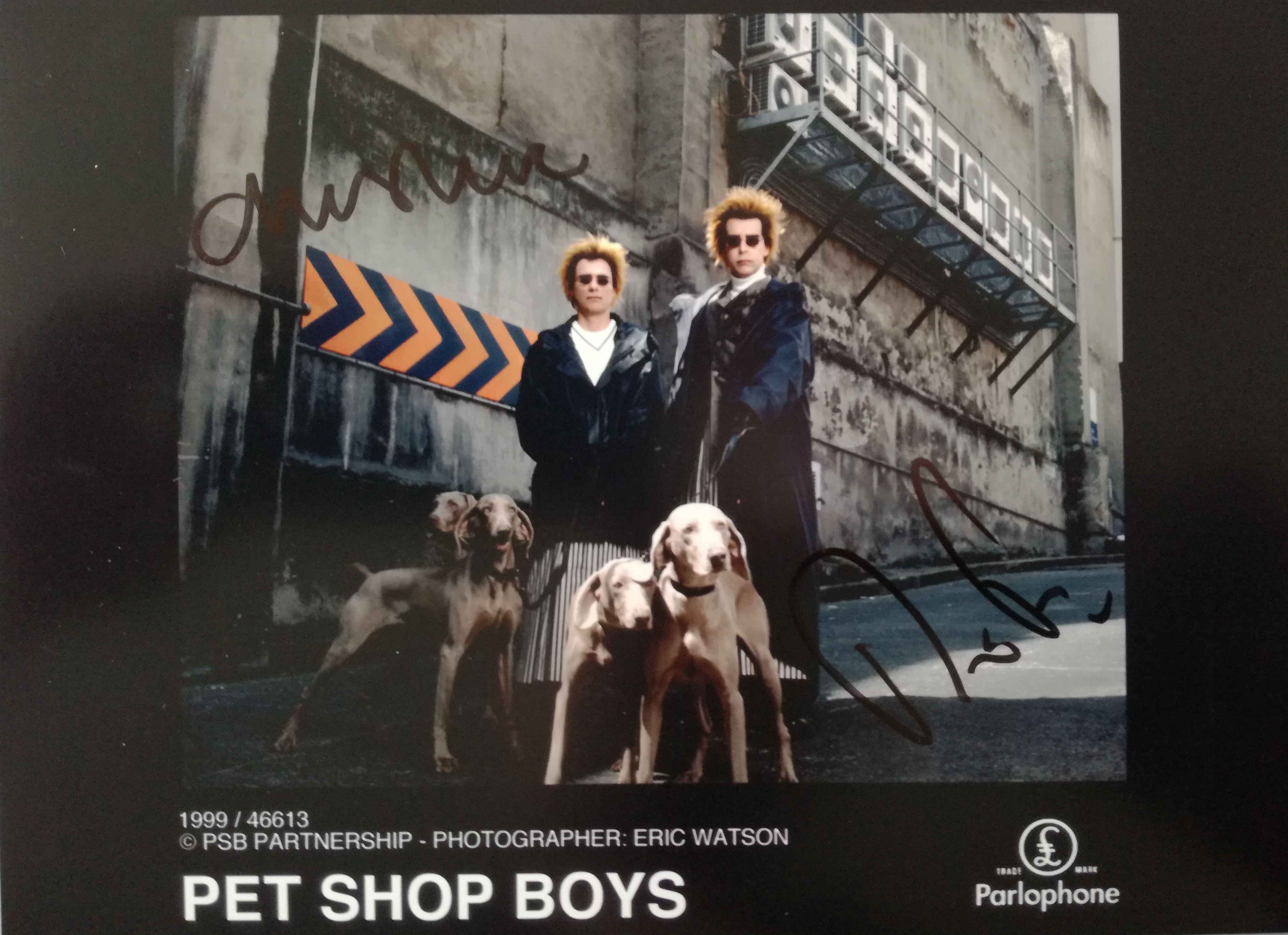 ArtHist wrote: ↑
Wed 28 Jun 2017, 1:01 pm
Can anyone confirm whether these signatures are legit? Bought at auction- but at a low price- which makes less confident of their legitimacy. Came with a CoA- but again are those really worth the paper they're printed on.

That's a pleasant surprise. Neil's signature could be anything. But I guess if they have queues of people lining up to have stuff signed neither guy has the luxury of giving a flourish to their signatures.
Top

Cheers for the responses. I see PSB signatures are quite numerous on certain online auction sites and vary greatly in appearance.
Top

ArtHist wrote: ↑
Wed 28 Jun 2017, 1:01 pm
Can anyone confirm whether these signatures are legit? Bought at auction- but at a low price- which makes less confident of their legitimacy. Came with a CoA- but again are those really worth the paper they're printed on.

It looks genuine, but some people are very skilled at forging autographs, and this seems to occur more with photographs, although it can be on any item.

A good indication can also be what the seller is offering. Do they have numerous other autographed items of dubious authenticity? That would be a major red flag.

You can look closely to see if there is any hesitancy to the signature, starting or starting over, but even in the absence of those signs, it could still be forged, if the forger is skilled enough. I did not see that in the images you shared, but you could look at them closely to double check.

Yes, it does have the appearance of legitimacy.

You can submit to PSA/ JSA for authentication if you wish to, but that is an extra expense and not fool proof.
Top
Post Reply
28 posts

Users browsing this forum: No registered users and 2 guests