I was studying for my A levels and managed to go to every show in the UK. It was tiring and cost a fortune at the time, but was great fun. Still one of the most unusual and stunning shows I’ve seen.
Just for the sake of it, make sure you're always frowning.

Changed the way concerts were to be staged in the future, way ahead of the times!

Also the first time I got to meet them both! 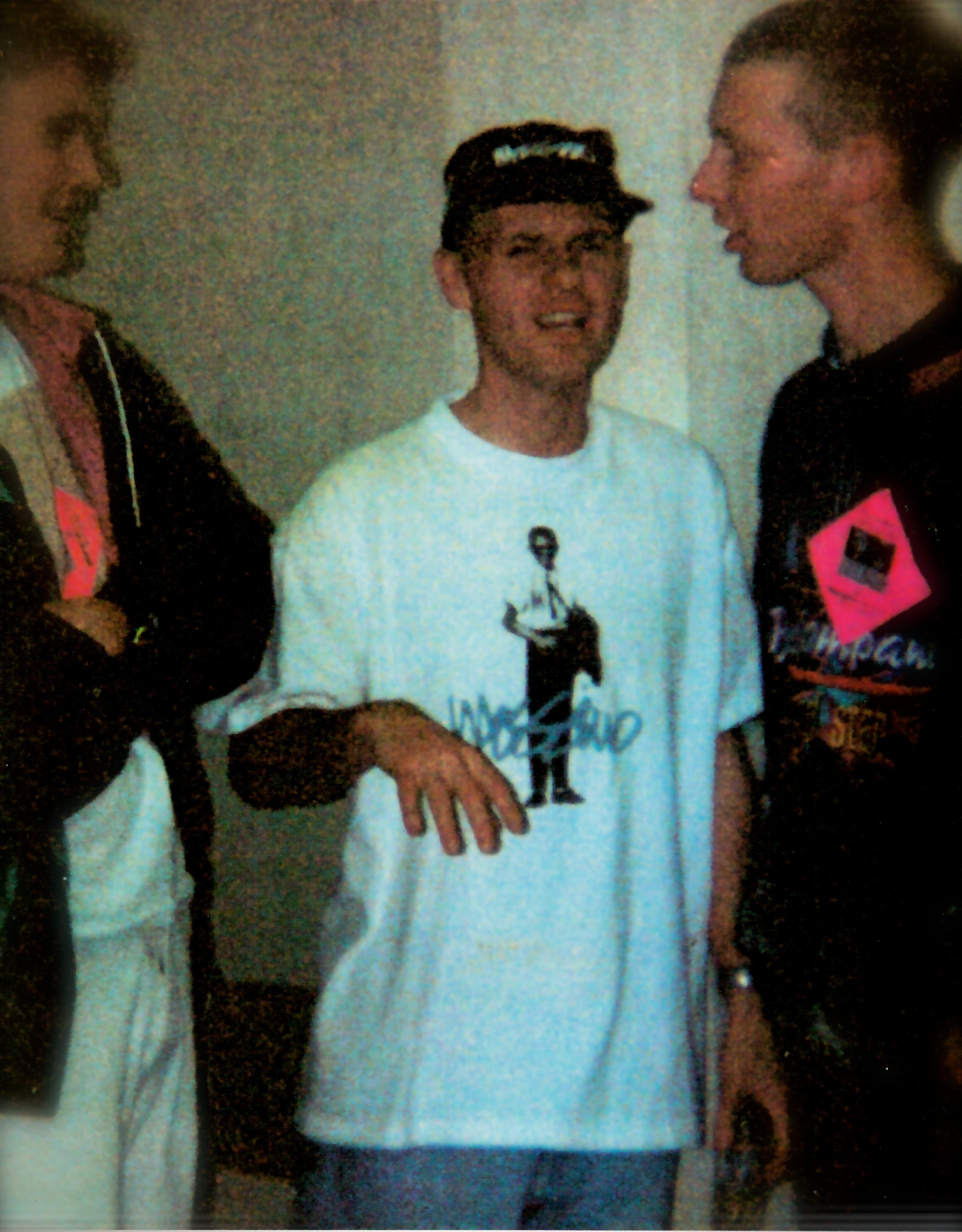 Wow, you wouldn’t get to strangle Neil like that nowadays!
Top

That VHS version of Where the streets have no name?

Can't take my eyes off you cruelly 'erased'....but restored for DVD, thank god....

... not on my DVD it isn't. unless there's a different version that came out after the 2004 release(which i have).
Top

Can't take my eyes off you cruelly 'erased'....but restored for DVD, thank god....

... not on my DVD it isn't. unless there's a different version that came out after the 2004 release(which i have).

It is, You have to select which version you watch.
http://www.andrewthomasart.co.uk https://www.instagram.com/petshopboys_rarity/
Top

It is, You have to select which version you watch.

could you tell me how to select the other version? if i select tracks from the DVD main menu, it has only the one version available.
Top

It is, You have to select which version you watch.

could you tell me how to select the other version? if i select tracks from the DVD main menu, it has only the one version available.

It's ironic you say that, because at the time I remember reading in a prominent Brit music magazine (Q?) that the concert VHS was good but "wont win the boys any new friends"

I think with the distance of time these things mellow and people watch them for entertainment with out feeling the need to judge.
Top

Well, the only PSB concerts I saw were from the Release Tour in Bilbao and the Electric Tour in my loved town Gijón (which was really amazing, not only because of the show but the venue too)

Apart from that, Performance was a really big production and really expensive. It's obvious PSB had a lot of money to do these shows, they even went to expensive hotels. For me, they were still on the Imperial Phrase becase some years later Very was released and it's one of their best selling albums. In fact, in terms of production Very was the blockbuster of the PSB's albums and Performance the blockbuster of the PSB's tours. That's why Performance is so impressive (more dancers, more singers, more stage design and 2 musicians too) apart from the crew. Not such an amazing set-list but it was quite good to represent the essence of the Behaviour album.

But I think Pandemonium deserves to be on the top too. For PSB was a very important tour too. It's probably their most watched show and I love the DVD with them in the O2 Arena and the Christmas feeling of it with a really enjoyable set-list. Performance is not for all kind of public but Pandemonium is.

But I think all the PSB tours have their high points.

- MCMLXXXIX Tour: dancers, singers, some musicians and videos. A youth feeling and PSB almost in their Imperial Phrase, the stars of Radio 1 and the 80's sound. Love it.

- Performance Tour: as I said, the blockbuster and the big production, more mature and theatrical. Amazing show but a bit bizarre, not for everyone.

- Discovery Tour: the public was part of the show, that's for sure. Very sexual, very crazy with the public implicated and PSB like they were coming from outher space. Go West was a global hit and everyone loved it. Videos, dancers, singer, musicians, videos and not too much clothes, that's for sure.

- Nightlife Tour: the best of it was obvious, the music. They reworked some of their hits for this tour and some of them were even better than the original songs, the backing singers were specially good. The design wasn't bad but the visual concept wasn't particulary interesting.

- Release Tour: PSB doing the same others do, a real concert with musicians, like a rock band. Specially good for small venues. I saw them in Bilbao for free and I loved it because it was my first PSB concert but not the best tour.

- Cubism Tour: the stage design was like a game, the projections were like being in the cinema (specially with Numb) and some parts of the show were really touching but I think it was for small venues too.

- Pandemonium Tour: you can create a really big show with boxes (like the final seconds of the Suburbia video), charismatic dancers (the twins were great), projections and a set list full of hits. With Performance and Electric tour, Pandemonium is the best because it reflects the best part of PSB like pop starts. The high scale production of the O2 Arena with IDOSAC at the end was very camp but fun.

- Electric Tour: lazers and more lazers, projections, blinds and two dancers. With Pandemonium there was an improvement and with this Tour the improvement was clear. I think they realized they had to put the money on tours because the real success of PSB is there right now because of their legacy. The concert in Gijón was a massive experience.

- Super Tour: it's pretty similar to the Electric Tour like the tendency of the albums, lazers but with musicians (and many dancers but in special shows). It's fascinating but a bit more of the same.

So for me: Performance, Pandemonium and Electric are the best ones for different reasons. 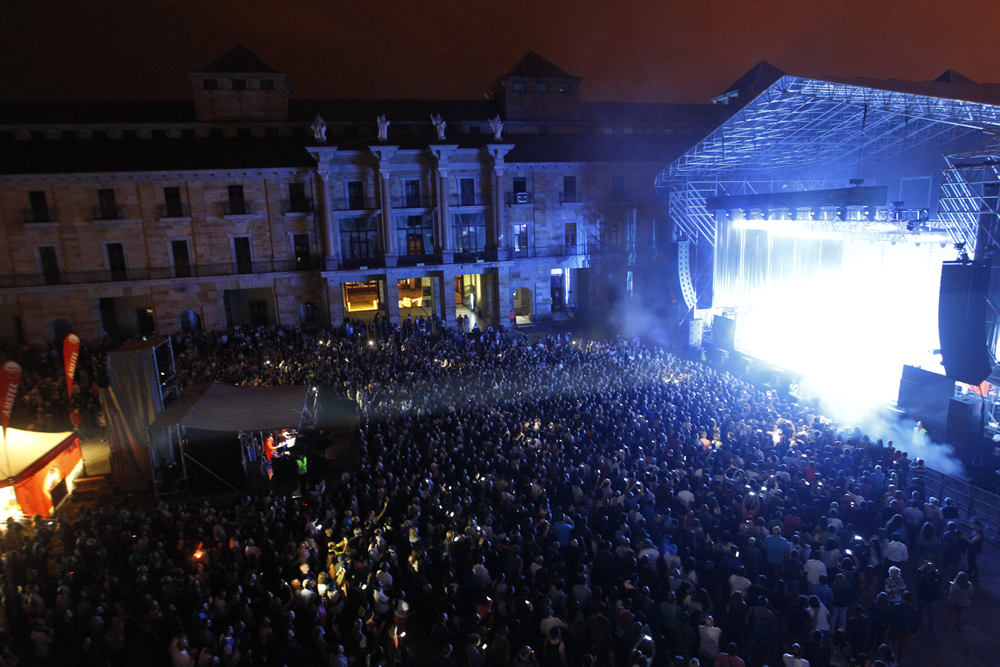 Great memories and photo.
However, we may have to wait to see the mcmvxxxix tour as that is in 1,905,039
Just for the sake of it, make sure you're always frowning.