Why do people hate “Before”?

Do you hear Neil sing "there's a story of a man who loved too much" in a lower or a higher register?

Did you not see the word ‘low’ in my last post?

Laurel, by the way...
Just for the sake of it, make sure you're always frowning.

Drico One wrote: ↑
Sun 03 Jun 2018, 6:52 pm
It’s aesthetic preference. Going high on the register can work well if your vocal range allows it - or if it works in isolation, like the segment in Love Comes Quickly. But Neil sings all of the verses of Before like Kermit the Frog on helium - and it does him no favours, in my view. Andy Bell’s vocal range - and act (forest nymph) - is much more suited to this.

So that, or my latent homophobia. Yeah, that’s it.

well you know admitting it is the first step. I'm very proud of you.

Wave to me from the float.

Remark wrote: ↑
Mon 04 Jun 2018, 7:59 pm
I adore Neil's higher octaves and range — not only on Before but particularly on tracks like Some Speculation, Closer to Heaven, and Nightlife. Totally unique, totally Neil, and completely PSB. I think it adds such a lovely airiness to their tracks.

Yeah I totally agree. Sounds unique to me and works well. Must be a Yanny/Laurel thing!
Top

I’m pretty sure Neil's high parts from Love Comes Quickly were performed on a sampler. The “baby” part at the start of the chorus of Why Don’t We Live Together? certainly was because you can hear it on the demo where they're messing around playing it at different pitches. It’s only in later years when Neil became much more confident as a singer that he started singing higher naturally.

I think Before might have worked better with George Michael singing, or perhaps as a duet with Neil singing the low parts.
Top

TallThinMan wrote: ↑
Tue 05 Jun 2018, 10:05 am
I think Before might have worked better with George Michael singing, or perhaps as a duet with Neil singing the low parts.

What a great idea. That would have been a fantastic collaboration. I love Before's middle eights by the way.
I miss their fab middle eights...

This picture I made in london is hanging on my wall with the quote'one day, when the phone starts ringing, you will answer to the words you are longing for...'.

P.S. Is that our Remark in the background? 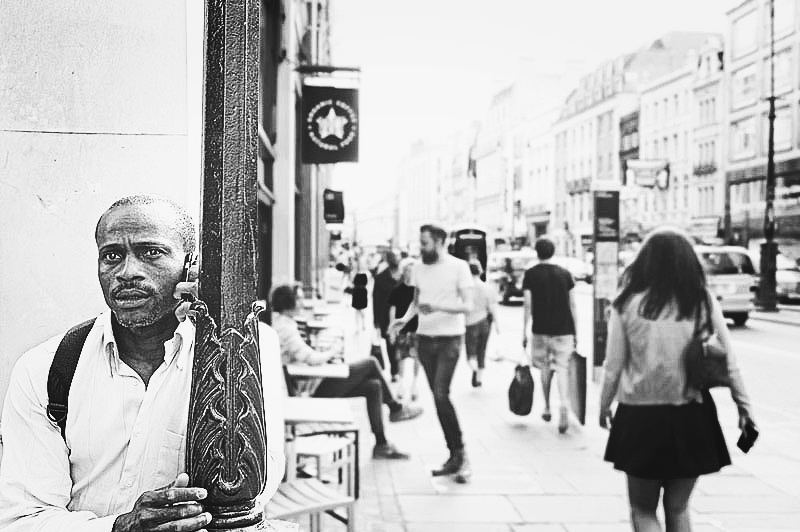 TallThinMan wrote: ↑
Tue 05 Jun 2018, 10:05 am
I think Before might have worked better with George Michael singing, or perhaps as a duet with Neil singing the low parts.

I can really hear George Michael singing this - it would have been a perfect fit. It would be interesting to know if PSB ever considered a duet with him at any time during the 90s or 2000s. Although, George seemed to prefer working with more virtuosic, capital S Singers, so perhaps Neil wouldn't have quite been his cup of tea. (He was a fan of Being Boring, though, if memory serves . . .)
Top

Because it's not a great song....
Top

It just didn't sound "like a PSB song", too fluffy & lightweight. I love Bilingual overall, unfortunately as far as single choices., Before & Se A Vida E were my least favourite tracks. Awful IMO remixes didn't help. A Red Day would've made a perfect lead single

As far as the B-sides go, it was an awesome peroid, as was the case with the Elysium IMO - many of them surpassed those which made it onto the albums.
Endless thoughts & questions keep me awake
Top

Sounded unremarkable, generic, and forgettable to me. A throwaway 90s House tune that Neil happens to sing. None of the countless remixes improved it either. Didn't care for it then, still don't now.
Top

I think Before is a perfectly fine album track but a lead single from the follow up to Very? It was just such a disappointment at the time. I remember hearing it for the first time on Capital FM late one evening and just thinking "is that it?" PSB had, in my eyes at least, never put a foot wrong up to this point. And whilst Before is harmless enough it left me feeling very underwhelmed.

But I find the whole Bilingual period quite fascinating in PSB history. It was the first album where they really looked out of step with contemporary pop and as if they were struggling. Part of that is simply because it was a decade on from West End girls and the Imperial Phase was (understandably) well and truly over. But part of it also was that they just misjudged this album. Bilingual has some terrific moments (Discoteca, It always comes as a surprise, A red letter day) but it also contained some rather flat tracks too (Up against it, Saturday night forever) along with a couple of genuinely naff moments (Electricity, Metamorphosis). And this mixed bag was further undermined by the lack of a coherent theme. The album lurches uncomfortably from Latino to middle of the road pop to New York house. I can't help but think that maybe their decision to write and record the album in a more gradual way than before contributed to that. After the laser like coherence of Very and Behaviour this felt a little bit fuzzy.

But the lack of promotion didn't help either. At precisely the moment when PSB needed promotion to get cut through over the Britpop/laddish music scene of the time they scaled it right back. They were still being played on Radio 1 and so with a bit of full on promotion it may have made the album more of a success. And then the choice of singles was bizarre. Launching with Before was, as I say, underwhelming. Personally I rather like Se a vida e even if it is a little cheesy (and I think it could have been a much bigger hit with some promotion) but then following it up with Single was crazy even if the video was great. And by the time the albums most obvious single, A red letter day, came out the campaign was lost. What if they had got the singles right and really pushed this record? Maybe even toured earlier in the campaign? Gone on the big chat shows of the time? In my mind Bilingual ushered in what I call the Survival Phase of their career which ran across Nightlife and Release. Could that have been avoided had they got Bilingual right?

Having said all of that- on a personal level- I do have some affection for Bilingual. It's a very 'wordy' album with strong lyrics. And I love the slightly weary, reflective, sad but quietly optimistic tone of it. I was 17 when it came out and studying for my A-Levels and listening to it today brings back many bittersweet memories of that period. Not least at Christmas 1996 failing to get into my first university of choice, and as only a seventeen year old can, thinking that the sky had just fallen in and my life was now over. As I was taking the train back from the interviews and just pulling into Paddington The survivors came on my disc-man and suddenly none of it was quite so bad. I have always been forgiving of the cheesiness of that track from that moment. It's an album about going out and carrying on as normal. And that, for me at least, was an important life lesson.
I'm always waiting...
Top

I listened to Bilingual in its entirety yesterday, the first time in a long, long time. You know what? I really, really liked it. Every single track. It’s a great pop album.
Top

TallThinMan wrote: ↑
Sat 23 Jun 2018, 2:37 pm
I listened to Bilingual in its entirety yesterday, the first time in a long, long time. You know what? I really, really liked it. Every single track. It’s a great pop album.

Steady on! I love the album but just can't listen to 'Saturday Night Forever'. The chorus is beyond trite.
Top

TallThinMan wrote: ↑
Sat 23 Jun 2018, 2:37 pm
I listened to Bilingual in its entirety yesterday, the first time in a long, long time. You know what? I really, really liked it. Every single track. It’s a great pop album.

Steady on! I love the album but just can't listen to 'Saturday Night Forever'. The chorus is beyond trite.

I sincerely enjoy Saturday Night Forever. It’s catchy and musically there are some intriguing chord changes. The lyrics are straightforward. At the end of the album he’s going out and carrying on as normal.
Top

am surprised they didn't release Se a vida e...as the opener. it would have gone #1
I was born in a hospital room with green walls, the doctor who delivered me wore a green overall, so did the nurses hovering around. So much greenery around, its no wonder that it is my favourite colour !